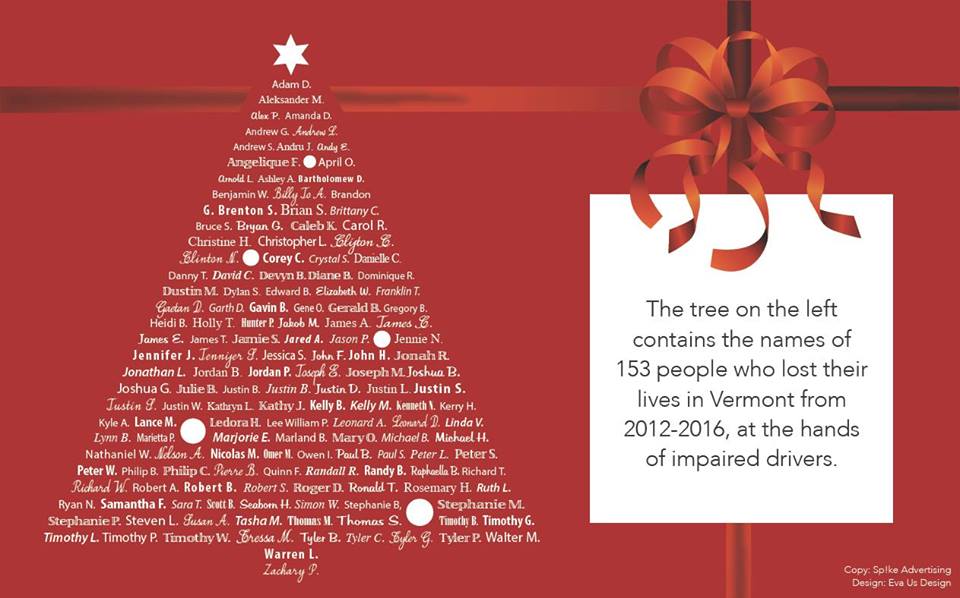 The ceremony was to remember and honor those who have been injured or killed by impaired or distracted drivers on Vermont Roads and highways.

The red ribbon is a symbol for drunk & drugged driving awareness.

In 1986, Mothers Against Drunk Driving (MADD) started the “Tie One On For Safety” campaign. It is MADD’s longest running and most visible public awareness project. During the holiday season, drivers are encouraged to tie MADD red ribbons to visible locations on their vehicles, or place window decals on their vehicles’ windows. The red ribbons represent the drivers’ commitment to drive safe, sober and buckled up. It also encourages others to designate a sober driver before drinking.